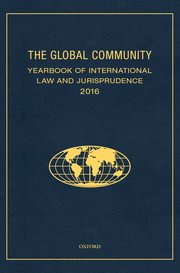 Novelty in ECtHR Case Law on Torture, But It Is Not Enough-Reopening Domestic Proceedings to End Impunity

This editorial focuses on the violation of the jus cogens principle of non-impunity for acts of torture as occurred in the Cestaro v. Italy case, where the perpetrators went unpunished due to the statute of limitations. The Italian Supreme Court failed to apply this principle of global constitutional law. Nor did the ECtHR implement effective remedies against impunity. The author proposes reopening time-barred criminal proceedings as a useful tool against impunity to give full effect to ECtHR jurisprudence supporting the generally recognized principle of the non-applicability of statutory limitations to crimes against humanity. She stresses the need to enhance the effectiveness of the supervisory role of the ECtHR in ensuring the observance of jus cogens human rights principles - of which the ECHR "forms part" - through a unitary approach of courts to the fight against impunity based on an evolutionary interpretation of the Convention, which would provide more effective and integrated protection of such rights.